Pro BannerSaver System was created after working on both the standard BannerSaver system and Bannerflex system for several years and listening to our customers constant demand for a single solution for all their needs.

We have stuck to the original design of the Banner Saver but made several improvements to Increase Safety, including a different type of Spring, slider mechanism and safety pin along with several others.

Don’t be fooled by the look – Pro BannerSaver Bracket System which is all new and can therefore handle all banner size upto 26sq.ft. 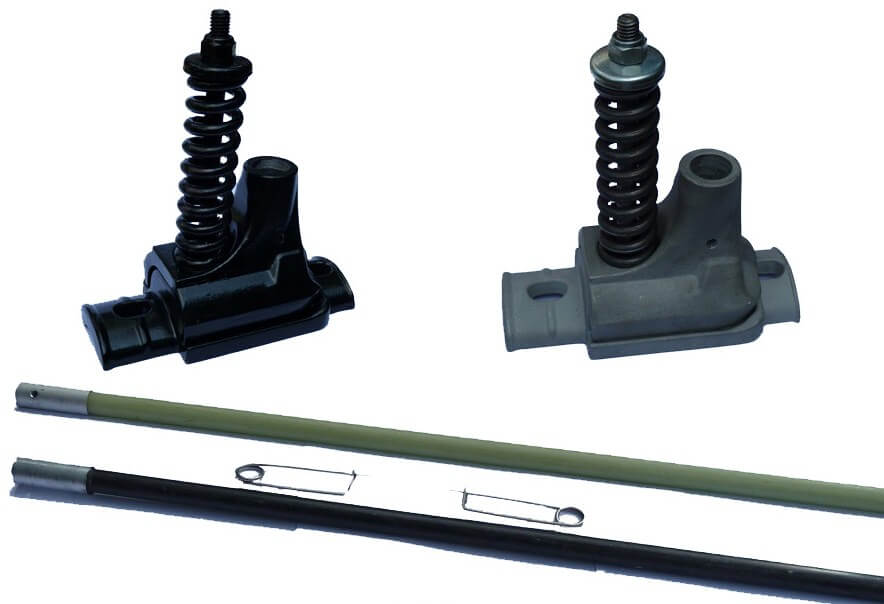 Pro BannerSaver brackets have been independently tested in a wind tunnel to prove their capabilities of reducing wind loading. We detail the equipment used, testing method and results below:

Testing carried on a single lamppost column with:

Methods & Apparatus used:
Distance traveled was recorded on two string pot sensors mounted on the test rig and were calibrated by wrapping the wire around two known diameters and calculating the circumference. Wind speed was provided by our test facility.

Results
Linearity of the load cell is 0.57kgs max up to 63.42kgs. Load reduction starts occurring between 20 and 30mph. Wind force overcame the spring force of the system at the above speed, the BannerSaver bracket changed direction of the banner according to the direction of wind. The banner rotated to such a degree that at 70mph some of which started in a perpendicular position to the wind direction, billowed and turned, such that at over 70mph the middle of the banners were actually partially hidden behind the pole. This rotation was very significant in reducing the exposed area to the wind velocity and limiting the force to the pole.

Calculated Reduction in Area
Calculated using A = F / 1/2pCdu2, where reduction in area % was calculated at 90mph or 144.84kmph.


This means that from a total banner area of 3.08sq.m the BannerSaver effectively reduced the wind load area to 0.4sq.m. When this is applied to a single banner installation of 1.54sq.m (760mm x 2030mm) conformity to EN40 is achieved by reducing the wind load area to 0.2sq.m (EN40 stipulates that a standard lighting column must be capable of taking the maximum wind loading exerted by a standard rigid road sign of 0.3sq.m). 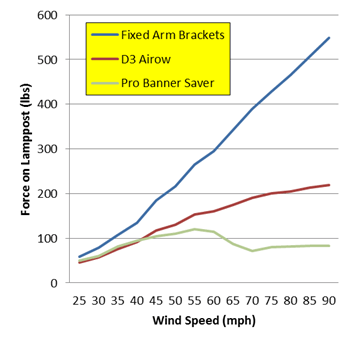 Our Pro BannerSaver Brackets are overall better than anything available on the market:

Pro BannerSaver is the Most Advanced Wind Releasing Banner System

And it has the best specs, features and quality compared to anything else on the market!
Convinced - Contact Us Now